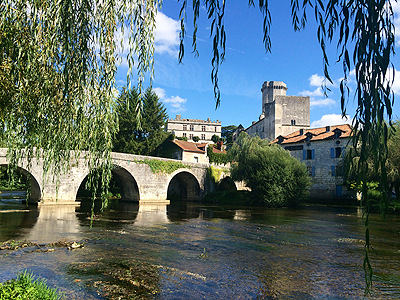 n the shadow of its castles (one of the 4 baronies of the Périgord), is the town of Bourdeilles, on the Dronne River.

Outside the visit of the castle, discover, on a small island of the Dronne,  a 17th century charming mill but also the beautiful gothic bridge above the river.

You will be soon under the charm of this fabulous perfectly maintained village while having a cool drink at the bottom of the castles, under the lime trees, on the river edge of the Dronne, best place to enjoy a beautiful view enclosing the old bridge and the castle!

Auriane’s tip: visit the castle, climb at the top of the donjon and admire the 360° panorama of the Dronne valley. Read Auriane’s article. 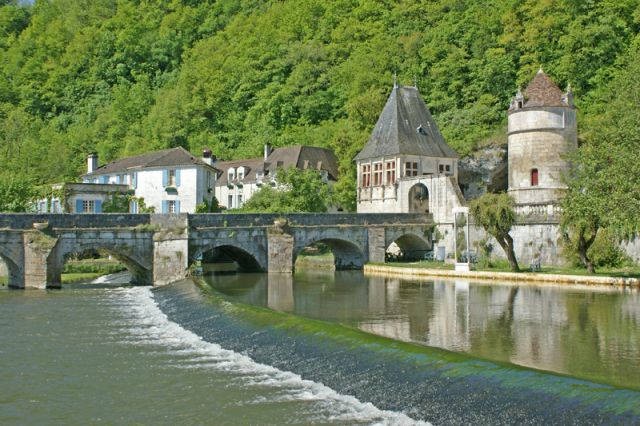 Green Venise of the Périgord, Brantôme has an important touristic and cultural place in the département.

Its important prehistoric museum, the many surrounding prehistoric and megalithic sites, its celt and Gallo-Roman relics, its “cluzeaux” (cavern digged in the grounds or in the rocks) and troglodytes habitations are a legacy of its time.

Its magnificent bell tower built on a rock, studied by Viollet-le-Duc, is said to be the “oldest of France” with its "protocoupole" basis and its Carolingians capitals.

Its venerated Benedictine abbaye, “funded by Charlemagne” carries the history of destructions and constructions during more than twelve centuries. The reading of the works of one of his abbots ("Brantôme" – Catherine de Medicis’ man) is essential for the knowledge of the XVIth century. 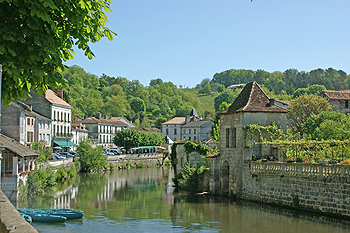 The exceptional cave "Grotte de Jugement Dernier" (Cave of the last Judgement) is worth visiting. With its cultural and touristic animations, the reptutation of its hotels and restaurants, Brantome combines perfectly in the same place culture and gastronomy.

Nontron, close to Limousin and Angoumois, capital of the Green Périgord and sous-préfecture (district administrative office) will seduce you with its fortifications and old streets. 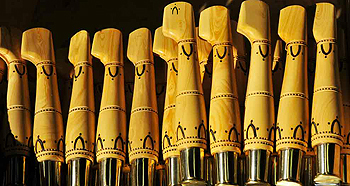 At the far side of the headland, dominating the gorges of Bandiat, Nontron was originally a celt oppidum, then a Gallo-Roman castrum supervising the worrying horizons. This medieval fortress, which today only the fortifications remained, went through the wars of religion, the fronde and was destroyed during the French Revolution. According to the legend, Richard the Lionheart, wounded during the attack of Nontron, went to die in Châlus.

Our favourite: La Coutellerie Nontronnaise (Cutlery Knife of Nontron) exists since 1653 and enjoys many centuries of expertise in the making of traditional knives. A team of 16 experts carries on this know-how and the expertise of the cutlery knife making. Knives are exclusively handmade. 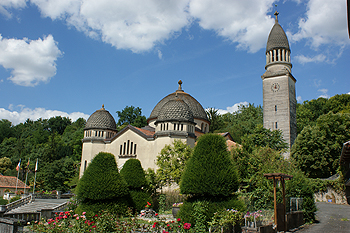 Ribérac is situated on the edge of the department of Charente and bordered by the “Double” forest, its ponds, cultures and meadows of Val de Dronne.

One of the most important market of the Aquitaine region: geese, farm veals, cereals, etc (each Friday), etc. 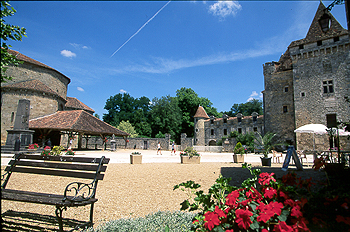 Picturesque medieval cillage, Saint-Jean-de-Côle offers a great choice of settings for the shooting of historic movies.

Auriane’s tip: The Tourist office proposes a 50mn audio-guided tours to discover the village. Other visits are organised with a guide, inclusing the village visit at 11am and the outside of the castle visit at 4pm. Booking is compulsory and a group of 8 minimum required. Read Auriane's article.

Thiviers is a trader big town situated at the North of Périgueux, in direction of Limoges and on the road of Santiago of Compostella. 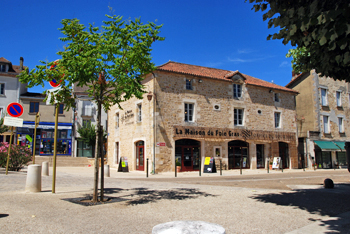 During your visit, you will discover few lovely wooden panel houses from the 15th and 16th centuries, as well as the church, which is worth a stop.

The Thiviers maeket is busy, especially the marché au gras (Geese and dick products), which is an institution. Visit la Maison du Foie Gras at the Tourist Office. 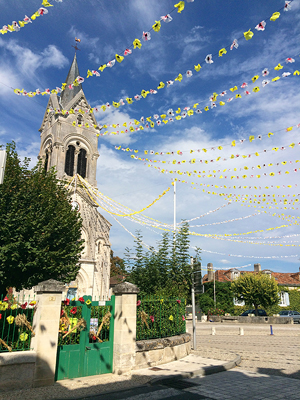 A charming little town on the edges of the Dronne, situated between Périgueux and Ribérac with more than 1,500 inhabitants. The town Tocane Saint Âpre appears in the 14th the century. During the 15th century, the Hôtel de Paradol is built. Today it welcomes the library and the Musée du Costume (Museum of costumes), which we invite you to visit.  Tocane and Saint Âpre were originally two distinctive towns, which were united in 1852. The interesting neo-classic style church was built in 1856. On the edges of the Dronne, facing Maison de la Dronne, which contains a tourist office contact point, you will also visit the chapel de Perdux.

Before, many mills were situated in the towm of Tocane, the one protecting the Maison de la Dronne is an old flourmill dating back from the 12th century and reconverted in a hydroelectric factory in 1907. Today, you will visit the building ABRITANT a working turbine wheel and a guided visit presenting the beginning of the countryside electricity and the different types of mills. 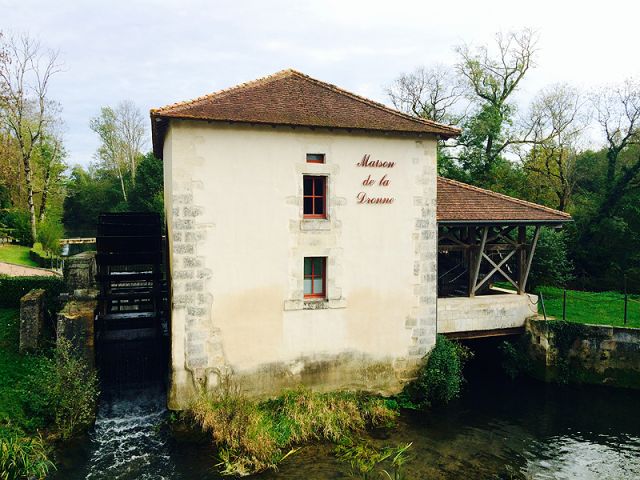 Auriane’s tip: 6km away from Tocane Saint Âpre, in the village of Saint-Méard-de-Dronne, you will find the “moulin de la Pauze”, where activities around bread and pastries are proposed to all public. A gourmet afternoon and friendly atmosphere for all the family. Read Auriane’s article.