Welcome to the beginning of the last century! In Allas-les-Mines , let’s push open the door of a museum like any other, which will propel the elders into a time that those under ... at least 50 years old cannot know, and the others, on a delicious journey through the past , a sepia filter on the eyes and accordion music in the ears! The Musée de la Rue du Temps qui Passe is the dream come true but never finished of a father and his daughter : Michel and Christelle Boom. It's a place like a parenthesis from the modern world , full of joyful nostalgia , where you come to remember how it was better before … Are we going?


A museum with an incredible personal collection

All the objects that you will see while strolling in this hangar of more than 1000 m2 come from the very rich and inexhaustible personal collection of Michel Boom . Michel, he's a sentimentalist. When he finds something, he doesn't let go of it like that! When he was 6, he picked up a collared watch (which the ladies once wore around their necks, the equivalent of men's pocket watches) from the dusty ground during the village festival. He observes it, cleans it with his thumb and puts it in his pocket. Today it hangs like a trophy on a wall in the museum.

The entrance to the museum in Allas-les-Mines

Then begins a passion for " China ", which nothing can satisfy (some of you probably know it ...). Michel accumulates objects found and " saved " in the cellars of his neighbors in the 1950s. He is specifically interested in mechanical utensils and his interest begins with objects dating from 1840/1850 (that is to say a century less than when he began to hunt). Passionate about old cars and motor vehicles of all styles ,   he retypes several with friends. All the cars he owns work , they're not just piles of junk!

A motor tricycle from the late 19th century, offered by a resident of Eyzies

This young man has found his happiness, I no longer recognize anyone ...

Michel likes to tinker , renovate , give things a second life . Is this a way of honoring the present, while respecting the past? The Michel who picked up the collared watch grew up, he has three daughters, including Christelle and Stéphanie , with whom he lovingly shares his passion for objects that have a soul and mechanics . Stéphanie also used her experience with her dad, she is the manager of the Périgord All Terrain Center in Buisson-de-Cadouin, which offers quad and polaris rides for everyone and from 8 years old, hikes in 4x4 and events. With her husband Ackiel, they also have a mechanical workshop specializing in Land Rovers !

As for Christelle, who is a driver and drives the local school bus, wonders how to help her dad to promote this magnificent heterogeneous collection . Because Michel does not stop at cars, he also has hundreds and thousands of objects of everyday life between 1840 and 1960… What to do? But of course it is ! Together they decide to open a museum, but not just an accumulation of old age posed by size and genre… The museum will be a real small town, with stalls that showcase the trades and know-how of yesteryear ! The idea is there, now we are rolling up our sleeves because 7 years of work will be necessary before the official opening of the Museum of the Rue du Temps qui Passe.

Here is Christelle, who welcomes us and tells us about her museum on the day of our visit.

A fascinating museum for keen observers and nostalgics

It's more than a museum, it's a cave of treasures , a journey through time , a magical portal! The atmosphere of the place is very palpable and visitors are moved . Is it because each object has a story that Christelle or Michel can tell you? They are inexhaustible on the subject. If the visit generally lasts 1 hour to 1:30, I recommend that you plan several hours , to take advantage of this warm moment to meet enthusiasts .

The Museum of the Rue du Temps qui passe is also a Bistro , where you can sit down even without an entrance ticket to the museum. You can sip classics there, but also drinks from before like Cacolac… And for children, syrups and delicious and gourmet homemade ice creams .

The pleasant terrace, in front of the museum, to eat an ice cream?

It's time to pound the cobblestones and visit the reproductions of shopping streets that await! Here, the smallest details and the lighting are worked on. You stroll through a small village where all amenities are available! There is of course a garage , with cars being repaired , tools , various utensils , vintage signs with even a few traces of sludge as a souvenir. There is a hairdresser equipped with all the material in fine leather worn by time , elegantly shaped scissors, shaving brushes for the men's beards. A wine merchant, a dairy, a pharmacy, a butcher, watchmaking, the post office ... In each stall, protected by a window, you discover an infinite quantity of details , carefully arranged objects ... It's moving because everything seems familiar ( even for me who is 36 years old!). As if coming out of a collective imagination , conveyed by the return of old advertising posters , some TV series… It feels like a film, but even if it is a staging , it faithfully reflects the daily life of our parents or great great -parents (depending on the age of the visitors).

A toy store catches the eye of the youngest, with a few recognizable objects and others (such as knucklebones, cup-and-ball, typewriter), the use of which is impossible to guess for my 6 year old son! To use the presence of children, Christelle has imagined a game where you have to find elements hidden in the decorations. A treasure hunt, with paper and pencil, no tablet !!! The winners leave with a magnificent certificate of study , ratified with application by the hostess .

Visiting the Rue du Temps qui Passe Museum is the assurance of a break in our hectic lives, a moment of attentive, moving observation. Bring your grandparents there, I'm sure they'll be totally charmed! The youngest will be curious and all will leave with beautiful memories.

Photo: newsboy hat: You can even buy pretty newsboy caps to take home a souvenir! They are made by Stéphanie Boom, Christelle's sister

Did you like this article ? Find more on the BLOG. Join us on the Facebook page of the Guide du Périgord and also on Instagram @guideduperigord

Back to "Family Time"

Discover the charming Port of Enveaux, in the Dordogne Valley

Discover the charming Port of Enveaux, in the Dordogne Valley

The 5 gastronomic delights of Périgord, to discover in autumn ...

The 5 gastronomic delights of Périgord, to discover in autumn ...

What is the "La rue du temps qui passe" Museum / Bistro? Imagine being able to go back in time, the time of a walk ...

The Château des Milandes is the former home of Joséphine Baker. The entire visit to the interiors is a tribute to ...

"I have two loves… my country and Paris…" . Who has never listened to or hummed this beautiful song by ...

"I have two loves… my country and Paris…" . Who has never listened to or hummed this beautiful song by ...

A small village located a few kilometers from Le Bugue, in Périgord Noir, Saint Cyprien is particularly known for ... 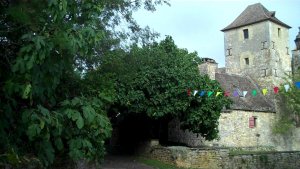