Come and walk in a forest, where are scattered along the cliffs, superb semi-troglodyte habitats and fortified troglodyte shelters... In Saint-Léon-sur-Vézère, one of the Most Beautiful Villages of France, nestled in a bend in the river, is the Parc du Conquil which offers a pleasant shaded walk, in a wooded environment, just overlooking the river! Our ancestors inhabited these places thousands of years ago and they have left traces over the centuries, to be discovered today by walking on the path lined with educational panels. A ride that will appeal to the whole family!

Photos and video of the article © Guide du Périgord

Le Conquil, a treasure in its natural setting

When you are sitting in Saint-Léon-sur-Vézère, by the river eating an ice cream, can you imagine that opposite is a majestic course, where the cliff is dotted with traces left by our ancestors of prehistory? The Conquil site is located just after the bridge on the other side of the Vézère. It is important here to understand the geography of the place: on this side of the river, the cliff then continues towards Sergeac, by means of a path (which you can also take and which is very pretty). Sergeac is a high place of prehistory, we found many items of adornment and clothing in the valley of Castelmerle. If the whole region is the legatee of magnificent rock shelters, we can say that in this little corner of Périgord Noir, they are particularly numerous and well preserved.

The path to descend into the valley

At Conquil, we know that the development of the cliff dates at least from the Bronze Age and the Primary Iron Age (-2200 / -500 BC)… At least? Yes, perhaps we will find older traces, because Le Conquil is being prepared for new excavations, to shed light on the human presence and to understand in more depth, the occupation of the place. By coming to Conquil, you participate in the rediscovery of a real treasure! In the meantime, take your tickets and set off for an exploration of this valley, along the pedestrian path laid out with interpretation panels. Le Conquil is a family-run site, you might come across Annabelle and Baptiste, who took over the site in 2014 and have been developing it with great passion ever since. They work hard to improve it every year during the winter season and summer they are on site, sometimes accompanied by their two lovely little daughters.

The Château de Clérans in Saint-Léon-sur-Vézère, which can be seen when arriving at Le Conquil

The walk begins with a path that plunges into the valley, along the limestone cliff. There are steps, but I recommend that you come with good shoes. We came at the end of the day, the light was magical through the trees playing with the sun's rays! We begin the exploration (which is very popular with children, because the site is quite wild) by small caves which are flush with the rock. Some areas are being cleaned and still strewn with mosses and ferns, we get inside and it's dark: little shiver!

Caves and shelters where to hide...

As we advance, we see different arrangements in the natural rock shelters of the cliff. In Périgord Noir, the limestone rock was dug by the river but also the rainwater which infiltrates and then collapses sections of the cliff, creating natural crevices that have been inhabited at different times of humanity. In the fortified rooms that we discover, the panels tell us that the site has been inhabited for about 4000 years, we see different types of improvement in the comfort of these rough dwellings. It is assumed that the inhabitants of the plains took refuge there during invasions, when they felt in danger. We see a strange stone structure, in the shape of a basin in the ground, which we thought was a grindstone. A community of peasants lived on the site in the Middle Ages, we will discover several installations during the visit, would they have ground grain there? Another hypothec suggests that this basin could be used to carry out sacrifices of bulls (animal venerated in the cult of Mithra) then baptisms in the blood of the animal. It is to find out more about the facilities on the site that Annabelle and Baptiste will soon have excavations supervised by professionals.

The location of La Meule

Signs accessible to all


We then discover a very large and impressive shelter, with spaces, not for the beams (bowling holes) as we see in the other shelters, but for birds : it is a gigantic dovecote! Then we go up by borrowing a massive staircase, cut in the rock… To reach a more rudimentary shelter, with a space to keep watch, a water reserve, a grain silo, a place for sleep, a space for children. animals and even traces of an outbreak. We then walk along the cliff, the path nestling against it, pressed by the wood and lower down the river: it's so pretty! A little further, the shelter of the reserves and its oven completely rebuilt in original dry stones, found on site.

The Cave of Judgment

A reconstructed oven with stones found on site

The highlight of the show: The fortified troglodyte rooms

Our favorite part were the fortified rooms. To reach them, you have to go to the very end of the site (about 500 / 600m of walk) and go up the cliff until you discover an incredible investment of the rock at this place... The fortified rooms, it is a succession of 3 or even 4 rooms (depending on your acrobatic skills). You enter through a small door and discover a first room of an exceptional size. We do not imagine that a real small apartment is thus built in the hollow of the cliff. There is a fireplace, a closed room, a bedroom, all perfectly delimited by partitions (one of which has been reproduced). We then advance on a bridge, very secure, but at the time it was a weighbridge : a measure to quickly slide any attackers several tens of meters below, directly into the Vézère! Bend over if you don't feel dizzy...

The first room, after the door which lets you imagine what you will find behind!

The bridge, very solid now, but once tilted to slide the attackers into the ditch!

A second room also served as a living space, but also for surveillance: you can see different observation posts. The third and fourth rooms are reached writhing in the rock as they are well hidden and difficult to reach... Were these rooms? Shelters to hide? Children love this journey worthy of an adventure film!

We now turn around and enjoy the show in the other direction, the landscape is not quite the same, you have a new view of the cliff. At the end of the visit, we traveled a little over a kilometer to reach the center of the park. On site, two other leisure areas are available to you : The Dinosaur Park, to go back in time and walk on the top of the cliff in a brighter context and through a pine forest, all punctuated by information panels and animated dinosaurs! You can also book to go from tree climbing to the prehistobranche, there are more than 10 courses in the heart of the trees with a view of the village. We wish you a wonderful day at Parc Le Conquil!

A pleasant walk in the forest

What to do in autumn in Périgord? The Top of the best fall activities!

What to do in autumn in Périgord? The Top of the best fall activities!

The Parc aux Dinosaures of Saint-Léon-sur-Vézère

The Parc aux Dinosaures of Saint-Léon-sur-Vézère

Prepare your holidays in Périgord: choose your campsite from our selection of campsites in Dordogne

Prepare your holidays in Périgord: choose your campsite from our selection of campsites in Dordogne

The Most Beautiful Villages of France in Dordogne

The Most Beautiful Villages of France in Dordogne

Saint-Léon-sur-Vézère is a charming little village where you can rest in peace away from the hustle and bustle of ...

From the bigbang to the appearance of dinosaurs, the Dino Parc retraces the evolution of life over a year in a ...

LE CONQUIL authentic troglodyte site located between LES EYZIES and MONTIGNAC-LASCAUX. In an exceptional, wild and ...

On the heights of Saint-Léon-sur-Vézère, the Côte de Jor offers an exceptional view of the Vézère Valley. A ... 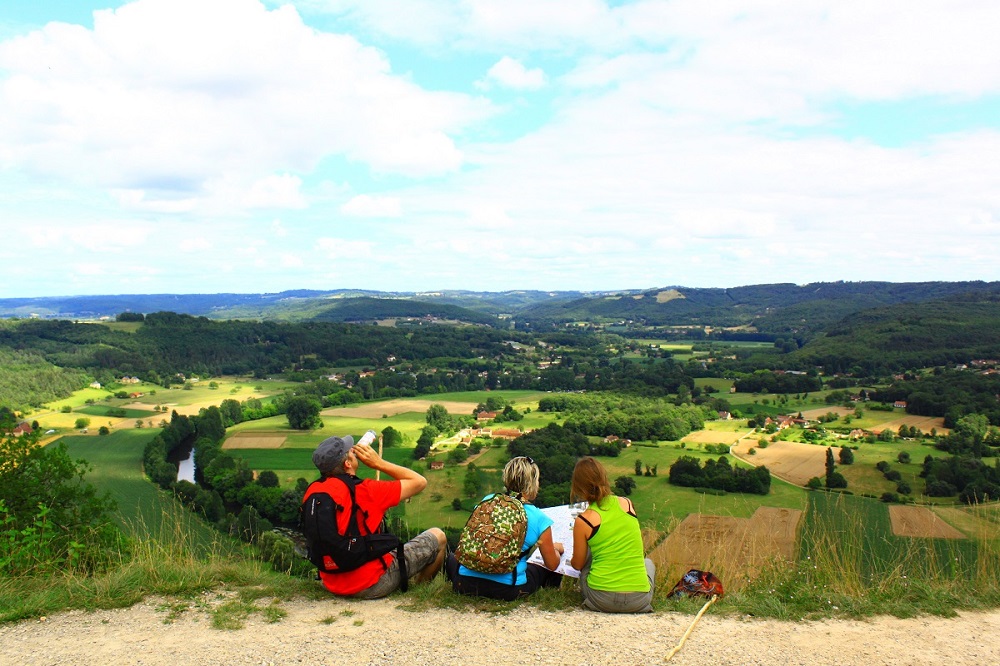