The waters of the Auvézère river have fed and still feed some Périgord rural industries such as mills or forges. It is in Savignac-Lédrier, not far from Excideuil, that we invite you to immerse yourself in the industrial heritage of this sumptuous region of the Auvézère gorges. The Forges de Savignac Lédrier bear witness to a time when this part of Périgord was flourishing with industries.

The entrance to the forges

The educational discovery park of the forges of Savignac Ledrier

The site is accessible all year round. Out of season (as in our early spring photos) you can walk there freely via a path that circles the entire site, in a very natural setting. Cross the footbridge and look for the explanatory panels. Some give information on the forge, others on the owners of the castle. Admire the very beautiful waterfalls of Auvézère, the noise is soothing and the view of the forge and the castle is superb! The reception is then open from the beginning of June to the end of September to make guided tours in season. Here is a link to the Naturally Périgord Tourist Office (in fr) for more information.

Stroll in the park around the forge, to follow the course of the water and reach the waterfall. Signs line the route.

Visit of the forges

The walk lasts about twenty minutes, return to the reception to watch a fifteen-minute film on the power of water. You will learn the history of the mills, their use from a general point of view first then from a local point of view. Périgord was one of the kingdom's main cast iron suppliers. Savignac-Lédrier's industry was very important and revolutionary. It has developed and adapted to the times. The walls are also adorned with several photographs of life at the forge with the workers, the old buildings and the cadastral plan. The workers have a closed and austere face, there are even children among them!

You are only a few minutes from Saint-Mesmin and the Gorges de l'Auvézère, follow us for a magical walk in these mid-mountain landscapes, so original in the region (click on the link)!

The forges in summer ©Naturellement-Périgord

The visit of the forges is guided in season. The forge has the label of " historical monuments ". We start in the old 17th century canteen. This building also served as housing for workers and their families. The environment of Savignac-Lédrier is conducive to the establishment of industrial structures such as the forge: there is the forest, the landowners and the river. Touch a piece of iron ore and discover the slag which is a mixture of limestone and ore forming silica which gives the mineral a vitrified appearance. It's not light!

Outside, there is a model which represents the forge in the 19th century. All the buildings are indicated, this allows you to find your bearings and visualize roughly the “skeleton” of the forge. The blast furnaces worked until 1930, the stoppage of industry is not old! It is also the last coal forge in France!!

The guide will tell you about the history of the place with the castle which has medieval foundations and which was remodeled during the Renaissance, its purchase by forge masters in the 19th century and the rise of industry.

The next room is the coal hall which was used to store it. It now contains an exhibition of various and varied bellows, large and small with sometimes atypical uses! In the background, various elements in pieces from the last wind tunnel. Next to it, there is the model of the bocard which is located in the garden. This machine was used to crush slag using a camshaft that operated pestles.

Take a look around the store and the small office and observe the blast furnace which is 11 meters high. It was built with pieces of a wing of the castle hence the difference in stones. There are two inscriptions in the center of the wall, one of which is in Latin. She asks for the protection of God, that is to say the good functioning of the forge. A water lift system was invented by the owners allowing the workers to have a less arduous job. The system is very ingenious and the explanatory panels filled with diagrams allow you to fully understand the system of these machines which are unfortunately no longer in elevation. During the visit we also discuss the living conditions of the workers, the customs and habits of the forge. The walls transmit this past life.

Then go up to the different floors of the blast furnace. You have an overview of the buildings and mills still in place. The river is agitated, the panorama is very nice! The models are always present to illustrate the machines used to make cast iron. At the top, the loudmouth! There are proportions useful for making smelting and in which ore and limestone were stored. The gas recuperator is a new innovation and invention from the owners of Savignac-Lédrier. They were very involved in their business, they were looking for the best to increase their production and save working time.

The visit is over. You will discover a new environment, a hard job and the life of the workers of Périgord Vert. The visit is very enriching both culturally and architecturally. The setting is beautiful and calm, this contrasts with the image one has of a forge. By straining your ears, it is possible to hear the echoes of the hammers hitting the anvils, the workers whistling near the furnaces... A real discovery that will appeal to young and old alike!!

Back to "Family Time"

Family hike or sports trail in the Auvézère gorges?!

Family hike or sports trail in the Auvézère gorges?!

The Forges de Savignac Lédrier are emblematic of this Périgord industrial heritage. The region was an important ...

Go for a hike in the Auvézère gorges to discover a natural, healthy and preserved environment. Hiking maps are ... 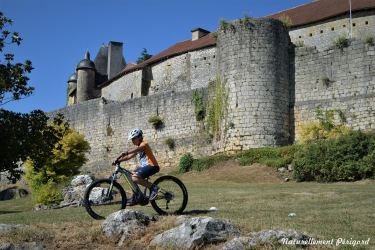 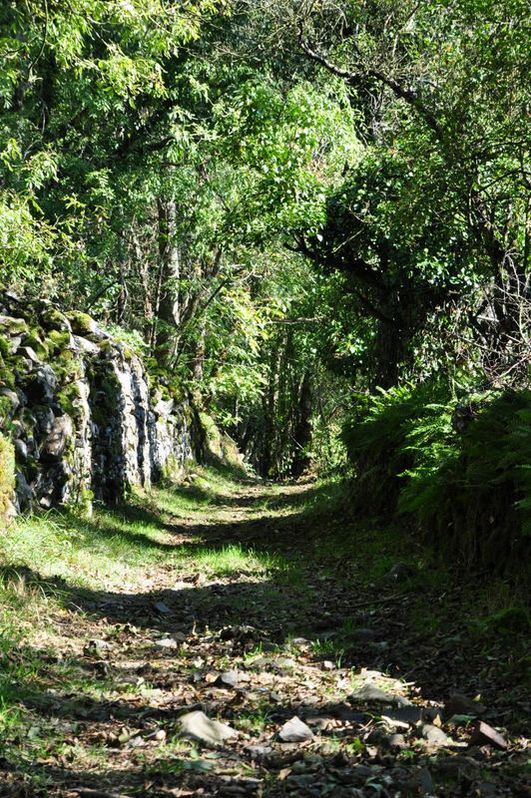